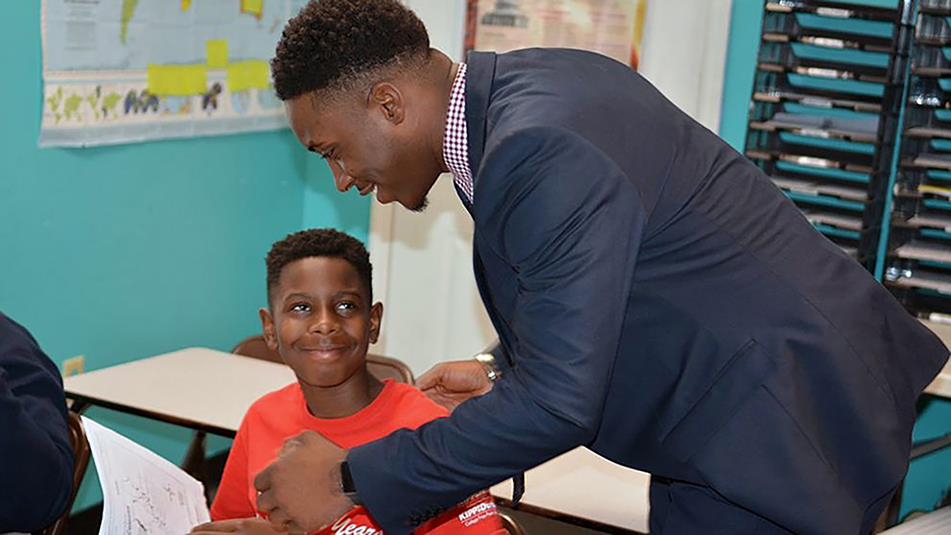 (Photo provided by N.C. State University)
N.C. State University will lead a $5.6 million effort to redesign principal preparation programs as a partner in the Wallace Foundation’s five-year, $47 million national initiative.
N.C. State was one of seven selected from a pool of about 700 U.S. principal preparation programs, says education professor Bonnie Fusarelli, principal investigator for the grant and director of the Northeast Leadership Academy, which trains principals and assistant principals to serve as turnaround specialists in underperforming schools.

“We know that great schools have great leaders, so we’re delighted to have support to improve and customize training for North Carolina principals,” Fusarelli says. “N.C. State will be working with 16 school districts and with corporate partners that are donating their expertise in data analytics and leadership training.”


“We’ll be redesigning our master’s degree program in school administration so that it can be delivered in the participating districts,” says Tim Drake, assistant professor of education and co-principal investigator for the Wallace Foundation grant. “In effect, we’re taking this to the people, rather than asking them to come to us, which is part of NC State’s mission as a land-grant university.”

SAS will help develop a leadership tracking system for the project. BB&T will donate a week of corporate leadership training for all N.C. State educational leadership students as well as Johnston County’s current assistant principals.

The Wallace grant is the latest recognition for N.C. State, which is building a national reputation for excellence in preparing school leaders. N.C. State’s College of Education has $15.3 million in current state and private foundation grants for preparing school leaders. Since 2010, NC State has received more than $22.6 million in external grant funding to support NELA, which is one of five programs nationally to be honored with an Exemplary Educational Leadership Preparation Program Award from the University Council for Educational Administration.
Copyright © 2002-2022 Blackboard, Inc. All rights reserved.