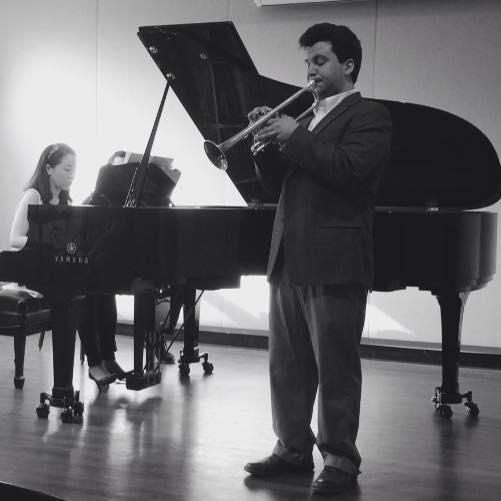 Band Teacher
Cole Merricks is from Winterville, NC. He attended East Carolina University where he was a North Carolina Teaching Fellow and earned his bachelor's degree in Music Education. Upon graduation from ECU, he attended Boston University and earned a Master's Degree in Trumpet Performance. Mr. Merricks is entering his fifth year as a public school music educator in North Carolina. He began his teaching career in Lee County and is entering his second year in Wake County. Mr. Merricks remains an active performer in the Triangle Brass Band as well as the Oak City Brass Quintet. He and his wife, Katie, and their daughter, Millie live in downtown Fuquay-Varina and love to walk around town, frequently drinking StickBoy Coffee. Mr. Merricks is excited to be a Bengal at FVMS!
Best,
Cole
FVMS Band Website
SCROLL TO TOP