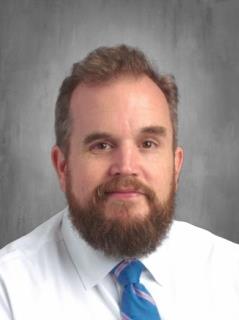 Mr. Zoller has worked in the Wake County Public School System for 21 years and has been an educator for 25 years in North Carolina Public Schools.

Mr. Zoller served as the Assistant Principal of Wake Forest Elementary from July 2008 to August of 2012.

In August of 2012, Mr. Zoller was named the Principal of Lockhart Elementary in Knightdale. Over his time at Lockhart Elementary, his school has been spotlighted for Academic Growth multiple times by the NC Department of Instruction, been designated a School of Excellence, a silver level PBIS school, and has ongoing partnerships with the Town of Knightdale, Local Town Businesses, and the East Wake County Library.

Mr. Zoller has been spotlighted by the Wake NCAE for his support of teachers at his school in 2021, was the lead grant writer of a $500,000 Safe Routes to School Grant and was awarded the Mayor's Award for Committment to the Community by the Town of Knightdale in 2018.

Mr. Zoller has been married to his partner for 20 years (a WCPSS teacher) and has 2 children, all attending or graduated from WCPSS schools.  He is dedicated to student learning and is passionate about equity and opportunity for all students- especially academic opportunities.  He loves the outdoors, reading, animals (especially his dogs) and building and creating.