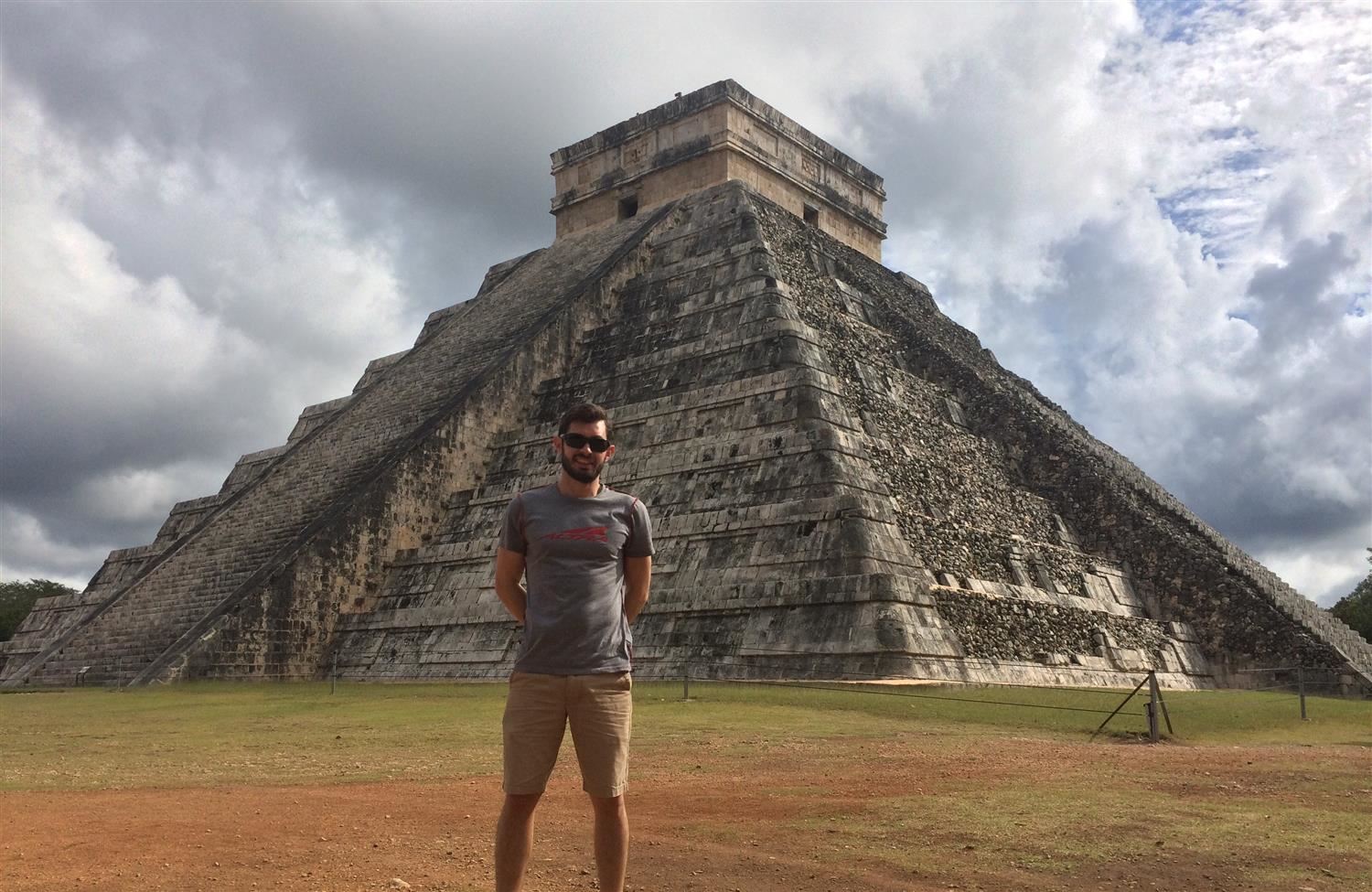 This is Mr. Robertson's fourteenth year teaching and his ninth year at Wiley. He grew up on the farms of central Illinois where he still enjoys spending time with his five and three-year-old niece and nephew. He earned a degree in elementary education at Indiana Wesleyan University and a Masters of Education from UNC-Chapel Hill, specializing in math.
Mr. Robertson regularly travels around the country, and internationally, to rock climb and also enjoys running. He’s done many half marathons and was grateful to have run the Boston Marathon in 2017. Outside of the U.S., some of the places Mr. Robertson has traveled to include Mexico, Wales, England, France, Italy, and Switzerland. He also spent several months doing his student teaching in Puerto Rico. Mr. Robertson encourages his students to continually investigate the world. He believes it’s important to understand the diverse perspectives of cultures from around the world and enjoys incorporating this into the classroom.
Although all of the United Nations Goals for Sustainable Development are very important, the one that stands out to Mr. Robertson is Goal 15: Life on Land. As someone who spends a lot of time in the outdoors, Mr. Robertson believes it’s important for citizens of the world to work together to protect, restore, and promote the sustainable use of our planet’s ecosystems.
Mr. Robertson is looking forward to another great year of exploration and adventures with his students!
SCROLL TO TOP