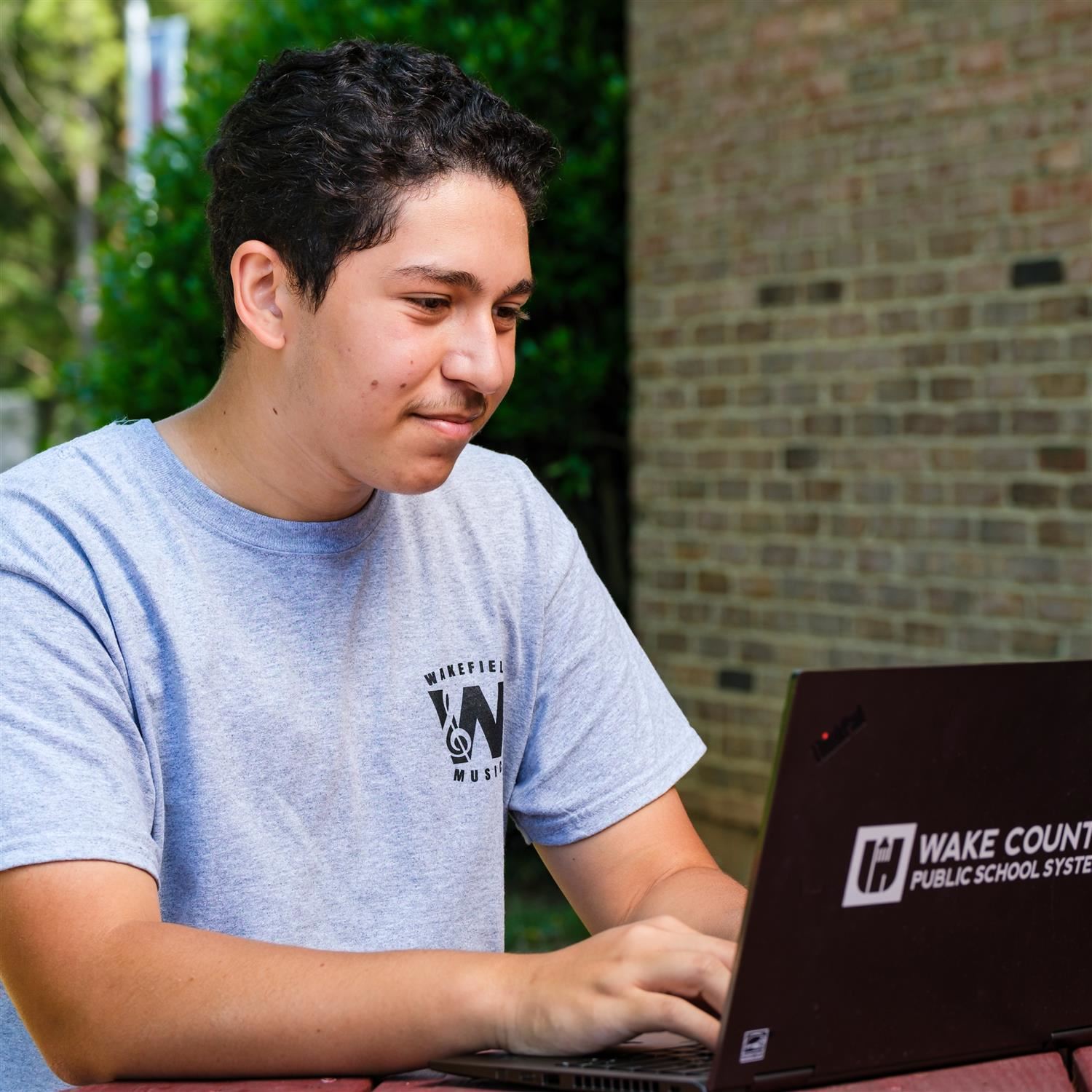 For someone who excels in STEM and plans to pursue a career in data analytics, Zeiad Yakout definitely possesses a few “zettabytes” of right-brained qualities as well.

The Wakefield High senior will major in computer science at N.C. State University this fall. He’s taken all the math (calculus this year). Fascinated by data. Poised for success.

A few minutes chatting with him, however, and you quickly realize what matters most to Zeiad. Family. Relationships. Giving back. Helping others. And music.

If absence makes the heart grow fonder, then moving 6,000 miles away from your extended family certainly makes you appreciate them more.

That’s what Zeiad discovered as a youngster after moving from Alexandria, Egypt to Mississippi with his university professor/researcher father and immediate family. After a few years there and in Virginia, he landed in Morrisville as an eighth-grader.

“Young me would’ve thought it was an adventure,” said Zeiad. And he’s not wrong. But he misses his extended family, especially since he hasn’t seen them at all during the pandemic.

“It’s unfortunate that they’re not always with us, but it has shown me just how valuable they are to me.” 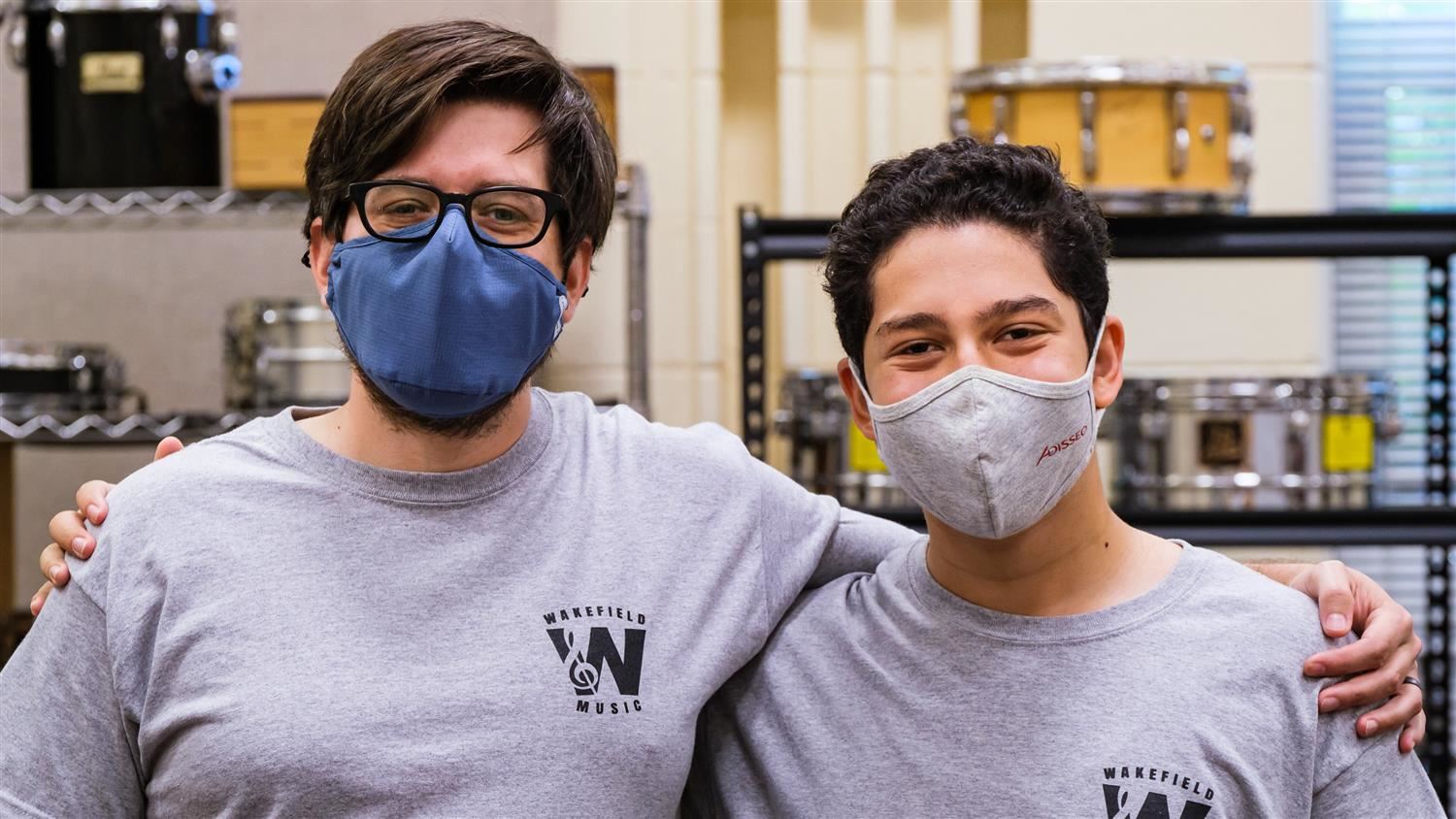 Leader of the band

Before he left Alexandria, Zeiad signed up for band class at his school, innocently thinking he was going to be in a garage band of sorts. When he entered the band room, he realized a completely different experience awaited.

“I thought, ‘What on earth did I get myself into?’” he said.

What he got himself into would later set the tone for lessons in music, leadership and life. Zeiad settled on percussion in middle school, then joined the Wakefield High band. That’s where he began to thrive.

“Zeiad has a dedication to service toward others,” said Wakefield band and orchestra director Brian Muñoz (pictured, above left). “He has an unwavering attitude about coming to rehearsal prepared and working hard, and this overall mentality about improving not just himself but everyone.”

“He asks good questions, he takes criticism and runs with it. He enjoys receiving feedback even if it’s not necessarily what he wants to hear, and he will make improvements based on that.”

Muñoz said that Zeiad developed into a solid leader, ultimately serving as band president this year.

“He has realized that leadership is about service,” said Muñoz. “He’s gone above and beyond with that.”

The way Zeiad sees it, he’s also had the opportunity to cultivate friendships that will last a lifetime.

“I cannot stress how valuable (the camaraderie) is. People in band right now, I’ve known them for a solid two, three, four years. We cry together, we thrive together. That’s a connection that’s never going to die,” he said. 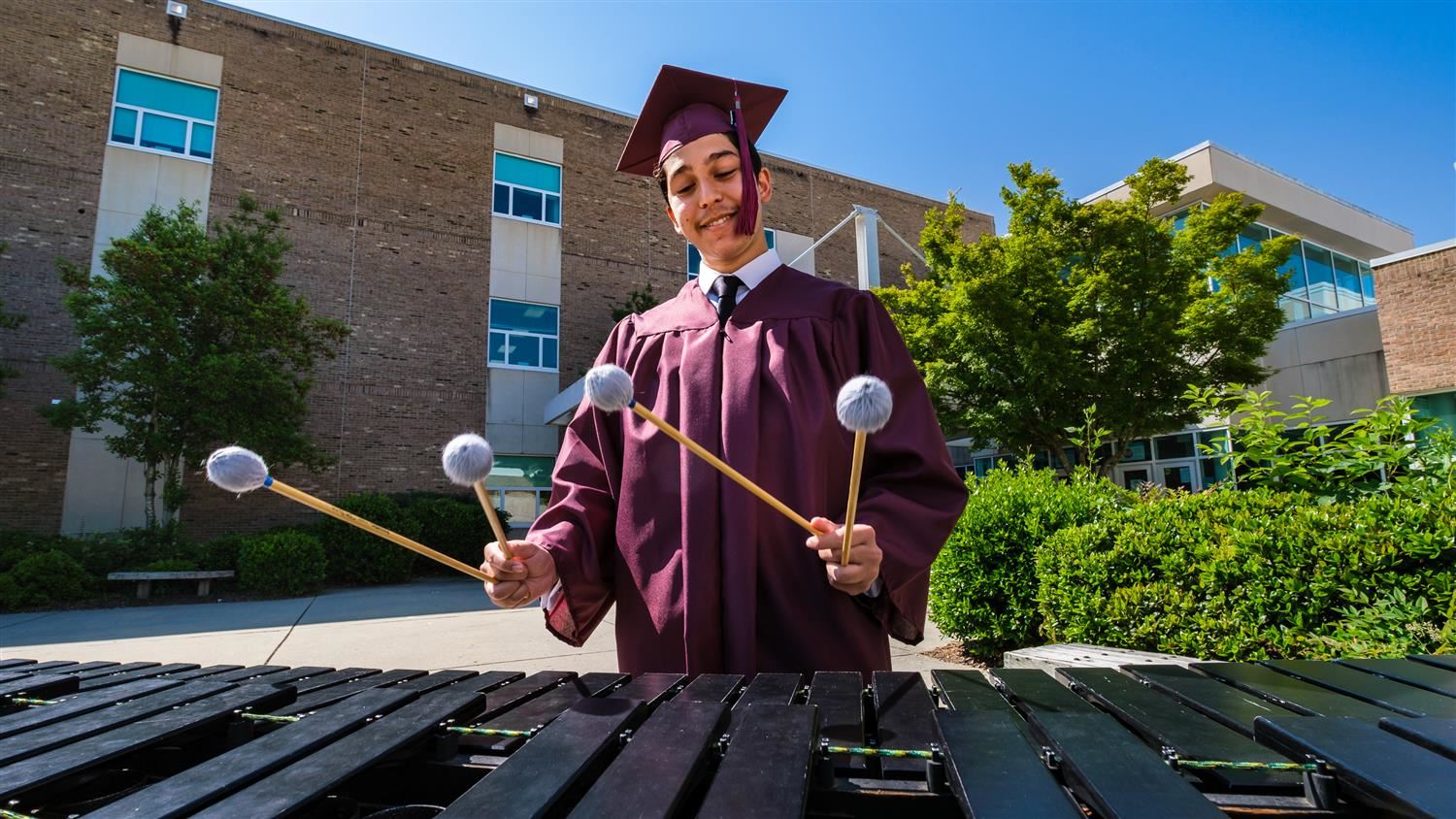 Zeiad also is a leader in his part-time job as a swim instructor, deck supervisor and manager on duty at Goldfish Swim School. And he’s a member of Wakefield’s National Honor Society, Beta Club and Mu Alpha Theta (Math Honor Society).

It is through these experiences that he has developed a philosophy for setting solid priorities and making good decisions in life. Thanks largely to strong leadership among Wakefield staff.

“The teachers here genuinely care about what they do. And they care about not only your education, but if you’ve had a bad day, if they sense something is off, they will reach out to you,” said Zeiad. “The connection we’ve built over four years is something remarkable. You don’t just get that anywhere. That’s definitely been something I wouldn’t give up at all.”

In fact, rather than give up anything, it seems that Zeiad is much more likely to give back in life.

“The goal is to give back, whether to those who have affected me personally, or those I don’t know yet. I have built myself up pretty well, but I didn’t do that by myself,” he said.

This, along with forging positive relationships, serves as his guiding force. And it’s what he would advise future graduates to pursue.

“Build true connections with people personally. It shows that you care about them, and care and trust are such important things for your future,” said Zaied. “That’s more meaningful than anything.”