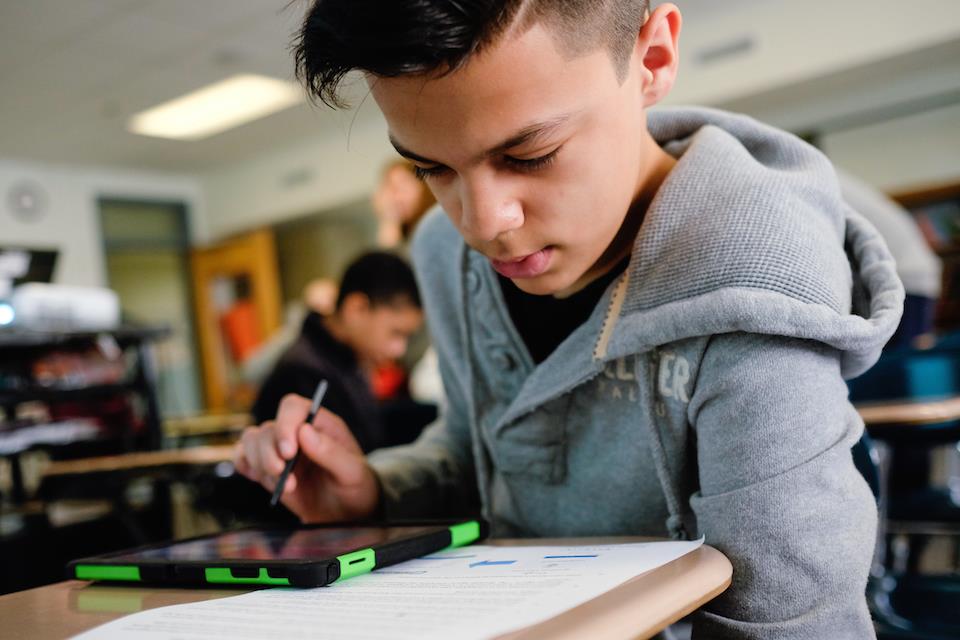 We are continuing to monitor the progress of a data-driven program implemented in 2010 aimed at getting more students to take advanced math courses. This program aligns with our strategic plan, which strives for more rigor and higher academic achievement for all students.
BACKGROUND

Evidence shows that access to Algebra I – which is seen as a gatekeeper course to even more advanced math classes through high school – is associated with future academic success. This prompted some states and districts to implement “Algebra for All” policies. Yet substantial gaps by race and income persist.

Wake County Schools developed an alternative approach. Beginning in 2010, Wake County Schools began using a first-of-its-kind algorithm to identify 6th graders who had at least a 70 percent projected probability of passing the North Carolina End-of-Course test for Algbera I. Those students – about 75 percent of the student body – were placed on a track to take algebra in 8th grade. The remaining student population would take algebra in 9th grade.

The new approach did result in increased access to advanced coursework for disadvantaged students.
However, many of these students’ grades dropped in the short-run, and some are not continuing to take higher-level courses in high school. It remains unclear whether there are long-term benefits to placing students in more rigorous courses.

Schools have provided algebra tutors for schools, based on the number of students just above the 70 percent probability, for additional support.

Academic researchers from WCPSS, Harvard University, the University of Pittsburgh and the University of Connecticut have monitored and analyzed the program. Read their full report. They conclude that while “targeted math acceleration has potential to increase college readiness among disadvantaged populations, … acceleration alone is insufficient to keep most students on such a track.” The algorithm will continue to be used for accelerated placement, and we will continue to work with teachers and administrators to bolster students’ academic performance. The first cohort of students placed in math courses under the program will be seniors next year. By next summer we will be able to determine if the program had any impact on graduation rates.
SCROLL TO TOP