William Roddey, 7th grader, was honored as the Mt. Vernon Spotlight on Students award recipient at the Wake County School Board meeting on Tuesday, March 26.  He was cheered on by several family members and Mt. Vernon staff.  Below is what was read at the ceremony.

"William Roddey is an exemplar student at Mt. Vernon Middle School. Throughout this year he has exhibited academic growth, increased organizational skills, and has taken ownership of his own personal learning.

William’s previous struggles with focus were having a negative impact on his academic achievement; however, William has made the conscious decision to work harder and stay on top of his school work. He is now succeeding in all classes, including Math 7 Plus. Whether it’s leaving voicemails for teachers to get missed assignments, running extra sprints after practice to improve his endurance, or taking on kids twice his size on the basketball court, William always goes above and beyond. This type of commitment is an attribute to his ability to set goals and achieve them.

His character is admired and sets an example for those around him. He is polite and respectful, but what truly sets him apart from his peers is his empathy.  He shows genuine care for his classmates and teachers and strives to resolve conflicts.

We have no doubt this has been an impactful year in William’s life and it is just the start of his path to many more successes." 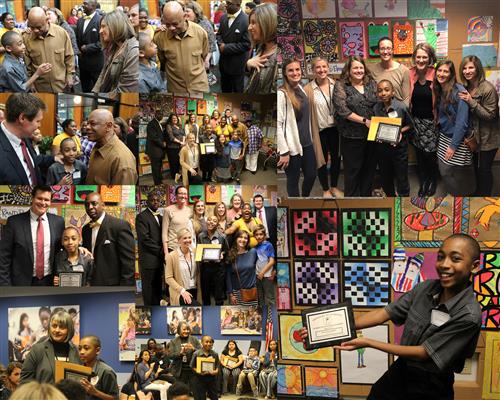